The Air Loom: A Beyond Event Horizon Tidbit

Breaking from his bonding with Tilly, Phineus Morely glanced toward the inquisitor. “It is the Air Loom.” “The Air Loom?” “Yes, it is my very own creation.” “How does it work?” “Simply put, it creates a magnetic field to counter the gravitational forces rendered on us.” Potemkin glanced out, thinking about feasibility, yet fell short. “And just how much power do the magnets require right now should we remain here at the edge?” “14-16 kiloTesla.” “What about there, beyond the event horizon?” “It’s difficult to tell. The tests I have performed suggest somewhere in the range of 100 megaTesla,” answered the doctor factually, returning most of his attention to Tilly. (Chapter 11, Beyond Event Horizon)

During my research into the historic residents of Bethlem Royal Hospital, one James Tilly Matthews caught my attention. A tea broker by trade and double agent by suspicion, he was committed after his release from a French prison by some outlandish actions on English soil. 'Upon examination he declared that he had taken part in secret affairs of state (referring to his efforts in France), but had been betrayed and abandoned by William Pitt's administration.' He inspired John Haslam to compose Illustrations of Madness in which Haslam documented verbatim accounts of Matthew's beliefs and hallucinatory experiences and is 'the first full study of a single psychiatric patient in medical history and has become a classic in the medical literature.'

There had been questions and doubts to his insanity; however, one of his many claims involved the 'air loom' (as seen in the above rendering by his own hand), which he described as 'a gang of criminals and spies skilled in pneumatic chemistry had taken up residence at London Wall in Moorfields (close to Bethlem) and were tormenting him by means of rays emitted by a machine called the "Air Loom". The torments induced by the rays included "Lobster-cracking", during which the circulation of the blood was prevented by a magnetic field; "Stomach-skinning"; and "Apoplexy-working with the nutmeg grater" which involved the introduction of fluids into the skull. His persecutors bore such names as "the Middleman" (who operated the Air Loom), "the Glove Woman" and "Sir Archy" (who acted as "repeaters" or "active worriers" to enhance Matthews' torment or record the machine's activities) and their leader, a man called "Bill, or the King".'

The Significance of the Double M's: A Beyond Event Horizon Tidbit 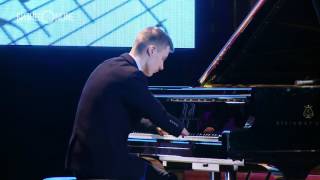 The Wolf You Feed

Joy in the Journey

The Origin of the Cantankerous Cook, Crowtho, Revealed: A Beyond Event Horizon Tidbit

The Air Loom: A Beyond Event Horizon Tidbit

Those Little Blue Flowers that Enraptured the Good Doctor: A Beyond Event Horizon Tidbit

The Significance of the Double M's: A Beyond Event Horizon Tidbit